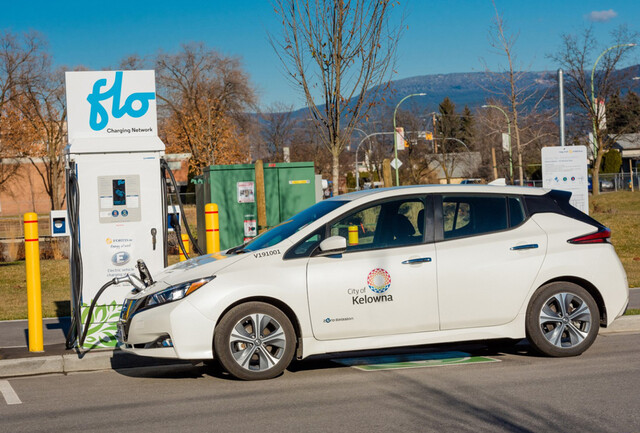 The City of Kelowna says it will convert at least 10 per cent of its light-duty vehicle fleet to zero-emission vehicles within the next two years.

That's a pledge the city is making to the provincial government as part of a new funding program announced at the beginning of the month.

He says there is also money available to implement some of those changes, including upgrades to the city's charging infrastructure, which he says will need to be undertaken as the city moves to more and more electric type vehicles.

At the present time, Wilson says the city has a wide range of zero, or low emission vehicles within its fleet, born out of a sustainability policy dating back nearly a decade.

"We have some low speed electric vehicles. We also have a bike fleet and a-some electric bikes."

Wilson says the city is also looking at other means of lowering greenhouse gas emissions from its vehicle fleet, including R100, which is a 100 per cent renewable diesel fuel.

He says Kelowna is the only city outside Vancouver receiving the fuel.

In addition, he says the city is keeping an eye on the hydrogen fuel cell market.

A station is coming to Kelowna some time this year, however, Wilson says the unknown is cost.

"The value is how it's derived. Blue hydrogen is derived from natural gas. Typically, 80 to 90 per cent lower emissions," said Wilson.

"There is green hydrogen which is derived from water using electricity. It has theoretically zero emissions."

Coun. Luke Stack commended the city's actions, calling them commendable as it tries achieve a target of 12 per cent less greenhouse gas emissions than in 2007 by next year.

"Sometimes I get a bit discouraged with the progress we're making on greenhouse gas reduction, but I can see now after a number of years of focusing on this how the city and staff have been able to inch our way forward," said Stack.

"I am very pleased to see more and more options coming forward. I think over the next two years we are going to see a game changer on all kinds of vehicles that will be available," he added, pointing to GM and other automobile manufacturers who are moving more and more of their vehicles to electric.