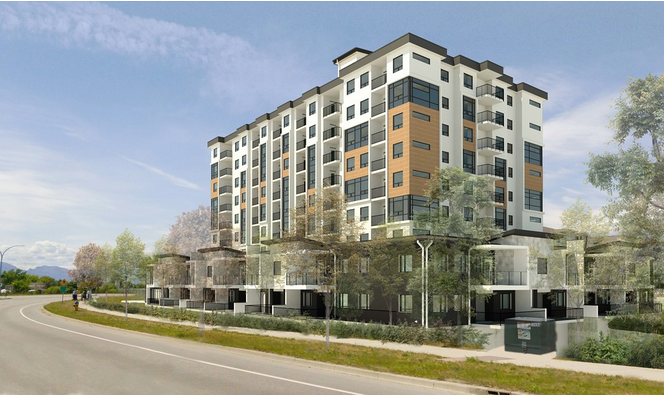 A ground-breaking was held Friday for Capstone, a nine-storey apartment building for low-income people near Kelowna's Orchard Park Mall. The housing project, and others in the area, came about as a result of a generous land donation by Gordon and Helen Ziglar in the 1990s. 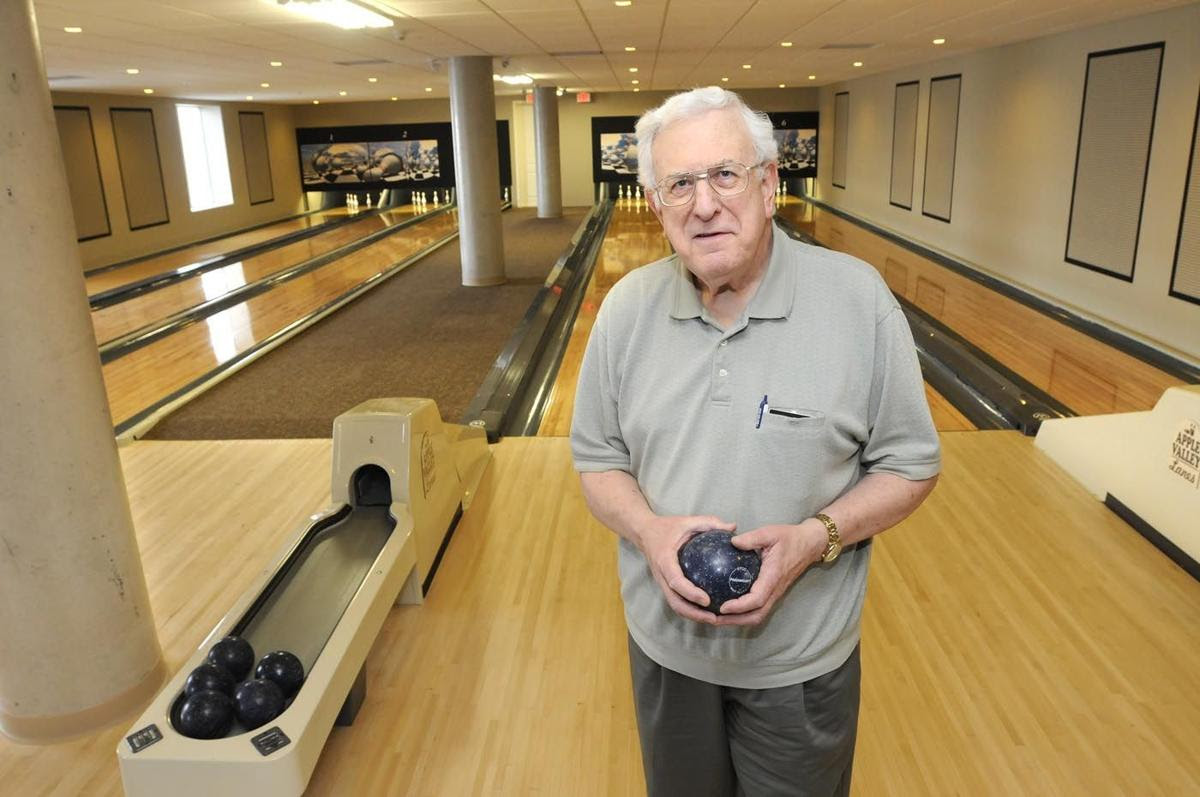 One of the Apple Valley housing projects built by the Kelowna-based Society of Hope housing society, opened in 2014, included a four lane bowling alley. It was suggested by Gordon Ziglar, who had provided the land for the housing projects free of charge.

A new nine-storey apartment building with 122 homes for low-income Kelowna residents wouldn’t have come about without a $2 million donation from a community-minded but occasionally crusty benefactor.

Gordon Ziglar and his wife Helen gifted land worth that much to the Society of Hope housing society more than 25 years ago.

His mom had spent her declining years in a less-than-satisfactory retirement home, and he wanted the society to build a retirement residence with more amenities to keep seniors active and engaged with one another.

The society used the donation to begin work on a series of housing projects near the south-west corner of Springfield Road and Benvoulin Road.

More than 200 homes already exist in three buildings; the fourth and final one, the groundbreaking for which was held Friday, will be nine storeys with homes for low-income seniors, small families, singles, and people with disabilities.

The provincial government has provided $13 million for the project as part of its housing strategy, the city waived $300,000 in development fees, and CMHC assisted with pre-construction costs.

“It was an incredibly generous donation and Gordon took a bit of a chance with our society, because at that point we hadn’t been established for very long,” Stack said in an interview.

“But our size was something of the appeal for him. He thought if he gave the land to a bigger non-profit, he might sort of get squeezed out in the decision-making process in terms of what amenities would eventually be built for people living in the buildings,” Stack said.

The society was happy to accommodate Ziglar’s requests, such as one that stipulated a bowling alley should be included. Ziglar, who died a few years ago, had pressed for other features in an occasionally forceful way, Stack recalled.
“He wasn’t always the easiest guy to deal with, to be honest,” Stack said. “One time, he sent a crew in to start ripping out the furnishings in the bowling alley because he said they weren’t good enough.

“I told him, ‘Gordon, you can’t just come in here and start taking apart the furniture’,” Stack said. “But we worked it out.”

The nine-storey mass timber building now under construction will include a large common area, lounges, a pool room, and fitness areas for activities such as yoga and tai chi.
It’s expected to open next year, and will bring the society’s total number of residential units for low-income people in the Central Okanagan to 822.

“Gordon inspired us to go beyond just housing,” Stack said. “That’s what we’ve tried to do.”