E-scooters - Council is prepared to pull the plug 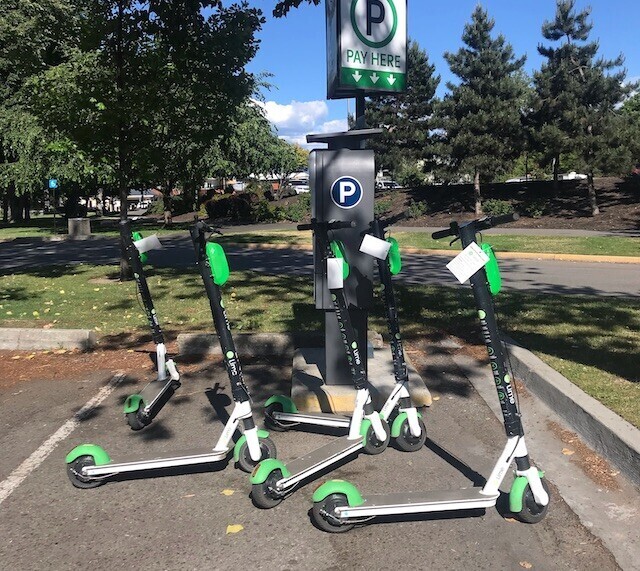 Kelowna city council has a message for shared e-scooter companies.

Get your act together - follow the rules, or the pilot program approved April 19 will be short lived.

Companies were given what amounted to a second chance Monday, when council approved a second set of restrictions designed to make the scooters safer and more of a transportation mode.

The new restrictions, on top of 19 brought in just two weeks ago, include:

After nearly 90 minutes, council was split 6-3 in favour of the restrictions with councillors Maxine DeHart, Charlie Hodge and Brad Sieben voting against.

But, those in favour warned if problems persist and complaints persist, they won't hesitate to pull the plug when if comes time to review the program in the fall.

"My first and foremost concern is safety, and that's been the driver of my feeling about this," said Coun. Luke Stack, who said Monday's recommendations addressed concerns of council more effectively.

But, it was Coun. DeHart who struck the loudest blow against the scooters, saying she has lost faith in those companies providing shared e-scooters.

"Already they are not complying," she said in reference to at least one company which was allowing them to be used after 10:30 p.m.

"That really bothered me - I actually lost sleep over that. How can we trust them."

DeHart says Dr. Steven Krywulak, chief of orthopedic surgery at KGH who called the scooters fracture machines in an interview with Castanet, told her other doctors are seeing the same things he is.

"I am only one doctor, DeHart quoted Dr. Krywulak. "There are lots of us, a lot orthopedic surgeons, so it's not just me."

DeHart says she is concerned for the what this may mean for the hospital with the expected busy summer on the horizon.

Coun. Sieben, who was on the fence, but reluctantly in favour, changed his mind and voted with DeHart as did Coun. Hodge, who was concerned the recommendations and restrictions did not mention helmet use.

Only Lime had initially indicated it could make the necessary changes by June 30, however, a second company has now indicated it may be ready as well.