Money destined for housing will not be shared with Tourism Kelowna 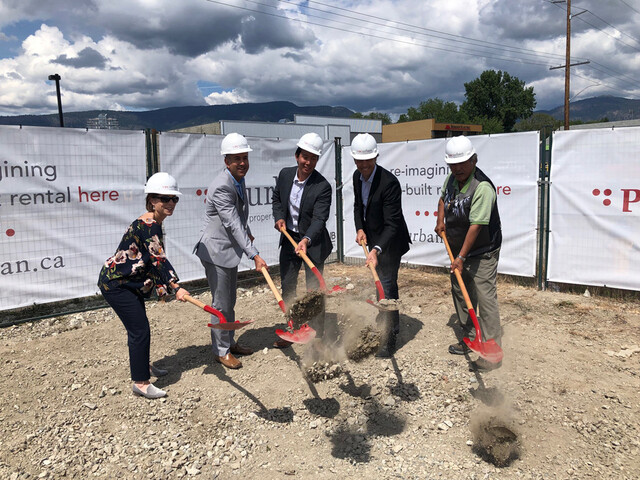 Photo: Wayne Moore/file
Start of construction of affordable housing project on Clement in 2019

Kelowna city council voted down a recommendation to have online portal accommodation revenue split between affordable housing and tourism marketing next year.

The recommendation was made as Tourism Kelowna struggles with funding to market the city to tourists from across the province.

Since allowing OAP's such as AirBNB in late 2018, the city has collected a three per cent fee from each short-term rental similar to the hotel tax collected on each room rental.

While the hotel tax revenue goes directly to Tourism Kelowna for marketing, the province has given municipalities the ability to use OAP monies for either tourism marketing or affordable housing.

City council has chosen to use that money for affordable housing.

Because room tax revenue has fallen off sharply due to COVID-19, with no guarantee of the full return in 2021, it was suggested the OAP be shared 50-50 between affordable housing and tourist marketing.

Council voted it down 5-3 with only Mayor Colin Basran and councillors Brad Sieben and Gail Given supporting it.

Basran said the main crux of the matter in allowing short-term rentals nearly two years ago was to regulate an industry that was causing havoc in the city.

He said getting OAP revenue on top of that was a bonus.

"But, I'm comfortable in the fact we have many ways of funding property acquisition if we need to, particularly in the short term," he said.

"If BC Housing comes knocking tomorrow, and says we have an opportunity, I have every confidence we would be able to find a way to purchase that property to move a project forward. This is not going to inhibit, for one year, our ability to move forward with affordable housing projects."

Basran says it comes down to the health aspect by opening the city up to tourists from around the province.

He added the city continues to follow the advice of Dr. Bonnie Henry who says people should feel free to move about around the province, and Basran says Tourism Kelowna should continue to market the city that way.

Coun. Luke Stack agreed comments about following the lead of the provincial health officer, but couldn't support the motion on principle.

"I actually believe once we give up this fund going into the affordable housing pool, year-after-year there will be an excellent year why not to put it in the pool because there will be other needs," said Stack.

"Using tourism advertising, I think changes the direction. In my opinion, once the direction is changed, we will never get it back. That's why I think we should stay the course as long as we can, because I think this will help build a foundation we need for the longer term."

No comments made yet. Be the first to submit a comment