John Hindle Drive is Open! This is a vital road connection in Kelowna. 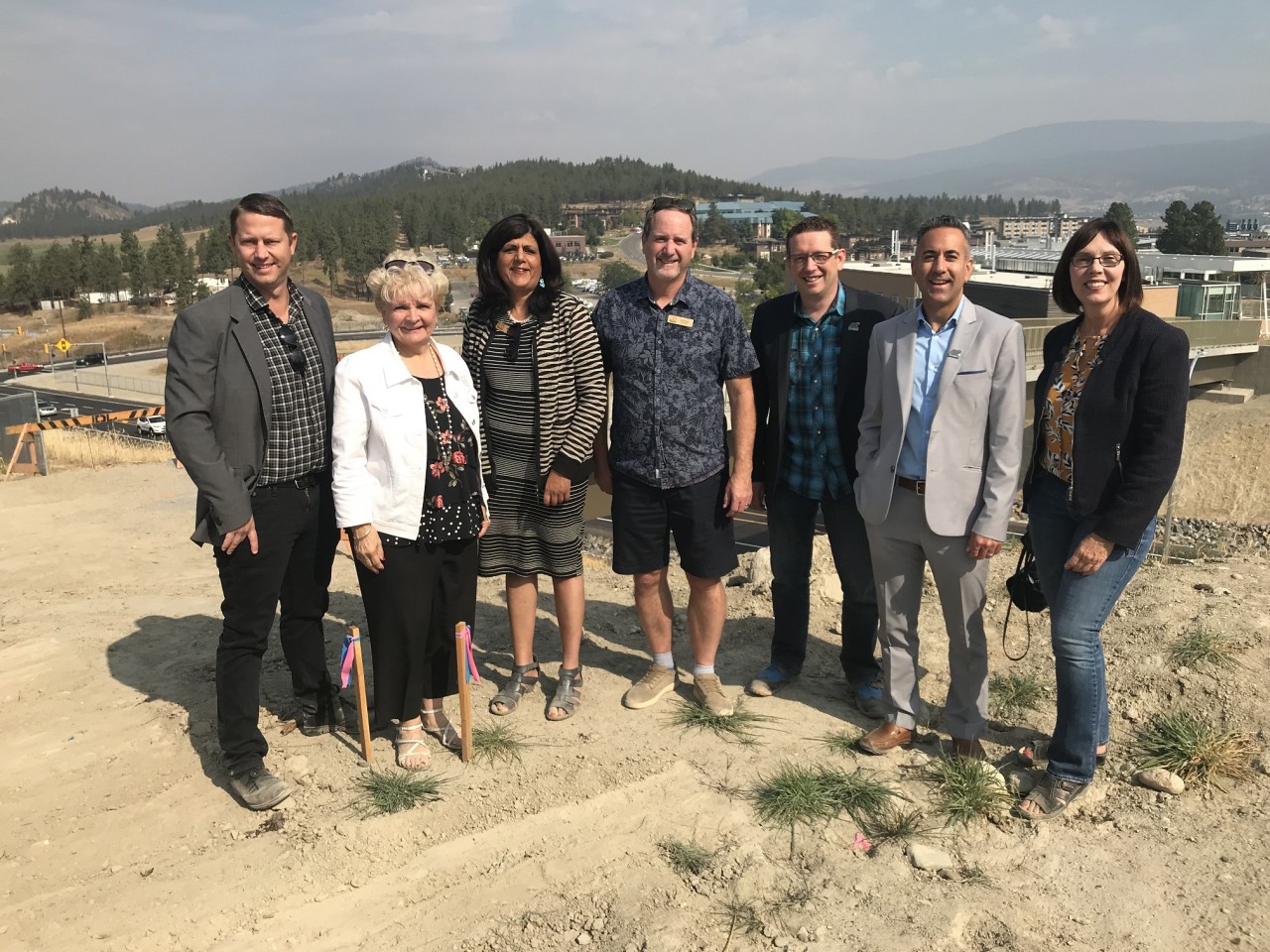 “Over the next 20 years, by encouraging future growth in urban centres and making investments like John Hindle Drive that make sustainable transportation options easier and more convenient, we will be able to meet the increasing demand for travel with less need for expensive road expansions,” said Mayor Colin Basran. 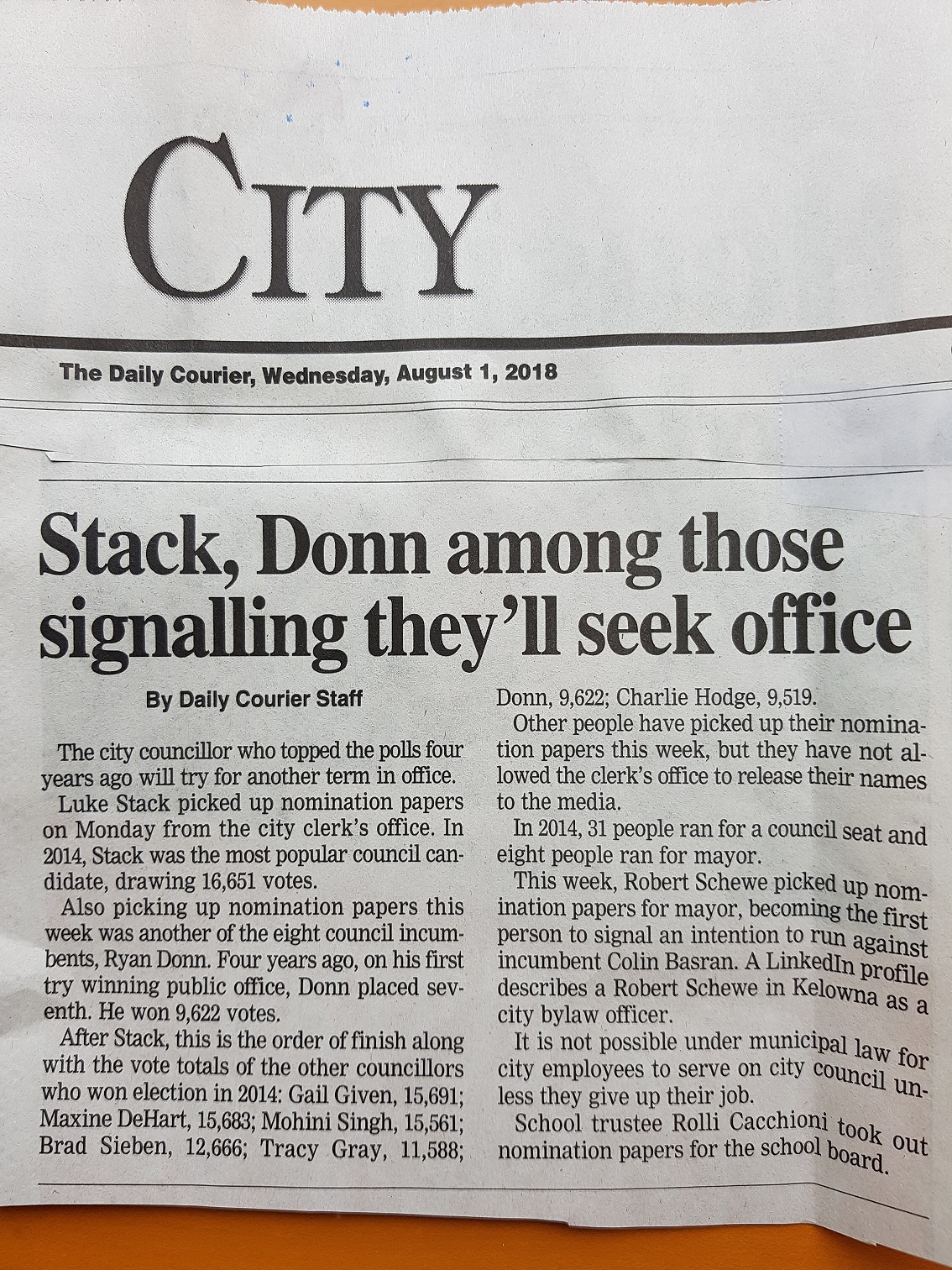 Progress on the "Reliable Water Initiative" 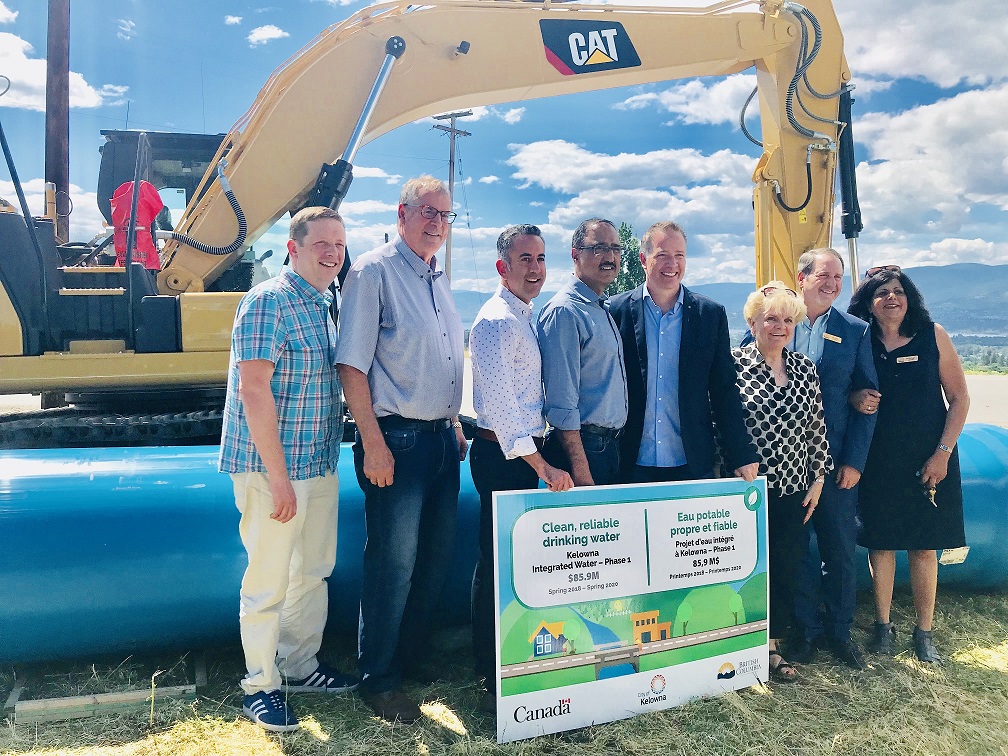 Work getting under way to improve water services for Kelowna residents. The budget is a whopping $85.9 million dollars.

The Honourable Amarjeet Sohi, Minister of Infrastructure and Communities, and Colin Basran, Mayor of Kelowna, today attended the ground-breaking of Phase 1 of the Kelowna Integrated Water Project. Member of Parliament for Kelowna‒Lake Country, Stephen Fuhr, also participated in the event.

Once complete, the project will provide cleaner drinking water to almost 2,000 households in Southeast Kelowna and bring the City into early compliance with Interior Heath’s 2025 clean drinking water mandate. 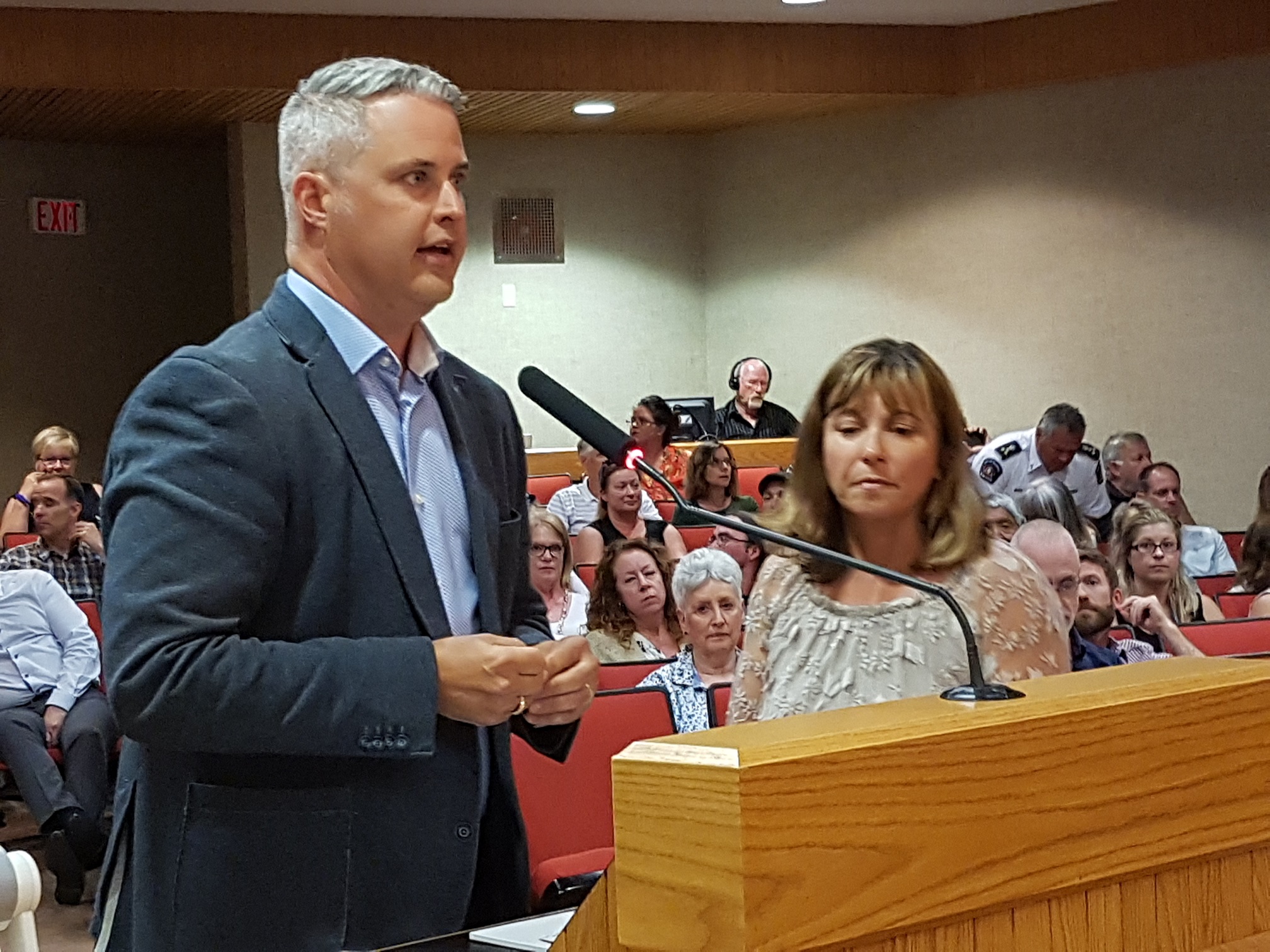 Kelowna's much anticipated Journey Home Strategy has been approved by city council. Castanet.net

(The view from my seat on Council)

The five-year, $47-million plan to address homelessness includes an action plan focused on building a system of care that is projected to support more than 2,100 individuals into housing or support programs by 2024. About $18 million of that would be spent on housing, $2.7 million on co-ordination  and $26 million in supports for new diverse programs. The main priorities of Journey Home include the addition of 300 new long-term supportive housing units, 500 new support program spaces, the creation of a backbone organization to lead implementation, and a funding strategy. Team member Dr. Alina Turner says BC Housing has already committed to development of two buildings and are in discussions for another 100 units, leaving them a gap of about 110. "It shows you that the government is already listening, and is already underway in terms of the plan, yet there is still a gap we are going to need to focus on," says Turner.

Co-chair Martin Bell told council the timing is right for the Journey Home Strategy to be put into action.

“We know what we need, and we are well positioned with a concrete strategy in hand that aligns with the focus and priorities of senior government," said Bell. "Most importantly, we have community support and a sense of urgency to move this plan into action.”

Some of those include:

By 2024, all individuals experiencing chronic and episodic homelessness will be housed with appropriate supports. About 350 people.

“We’ve learned in creating this strategy that it’s as much about bringing the community together as it is creating a guiding document,” says Dr. Kyleen Myrah, Journey Home co-chair.

“The response we’ve received from the community has been truly inspiring, from those who work closest to homelessness, to the engagement of those who’ve never really been a part of conversation such as the technology and innovation sector. Most importantly are the voices of those who have, or are, experiencing homelessness that resonate throughout the action plan. The expertise they’ve provided has been incredibly valuable and we will continue to seek their guidance as we transition into the next stage.”

Ricky-Lee Karaszi, a member of the task force, is 64 and handicapped, and says he's been homeless for 19 months. He, and others without a place to live, are frustrated. Karaszi says there are a lot of apartments going up but wonders if they are for rent, or sale. "The homeless people don't know, they don't have any hope. One out of 100 get a place to live here, and here, and here," he said. "There has to be place for us to live. There's a lot of us. It comes down to city planning. We're running out of property. Where are you going to put these."

Now that the strategy has been approved, the work will begin to create an organization to roll out the strategy. “The backbone organization, the group that will be laser-focused on carrying out this strategy, will have dedicated office space for the first two years with Accelerate Okanagan and we are close to securing all funding required for the first two years of their operation as well,” says Bell.

It was with great pleasure that we opened the 27 kilometer Okanagan Paddle trail on the May long Weekend. The City of Kelowna funded $65,000 of the trail that stretches from Bertram Park in the south to McKinley Landing in the north. There are buoys all along the trail marking the distance. This water trail adds to the Kettle Valley Railway trail and the new Kelowna Rail Trail that stretches from Kelowna to Coldstream (49 Kilometers.) Kelowna is becoming the centre of spectacular active transportation trails. Bring your bike, your runners and now your Kayak to enjoy all we have to offer.

Pictured below is the launch of the Paddle Trail at Hot Sands beach on a picture perfect Okanagan morning. 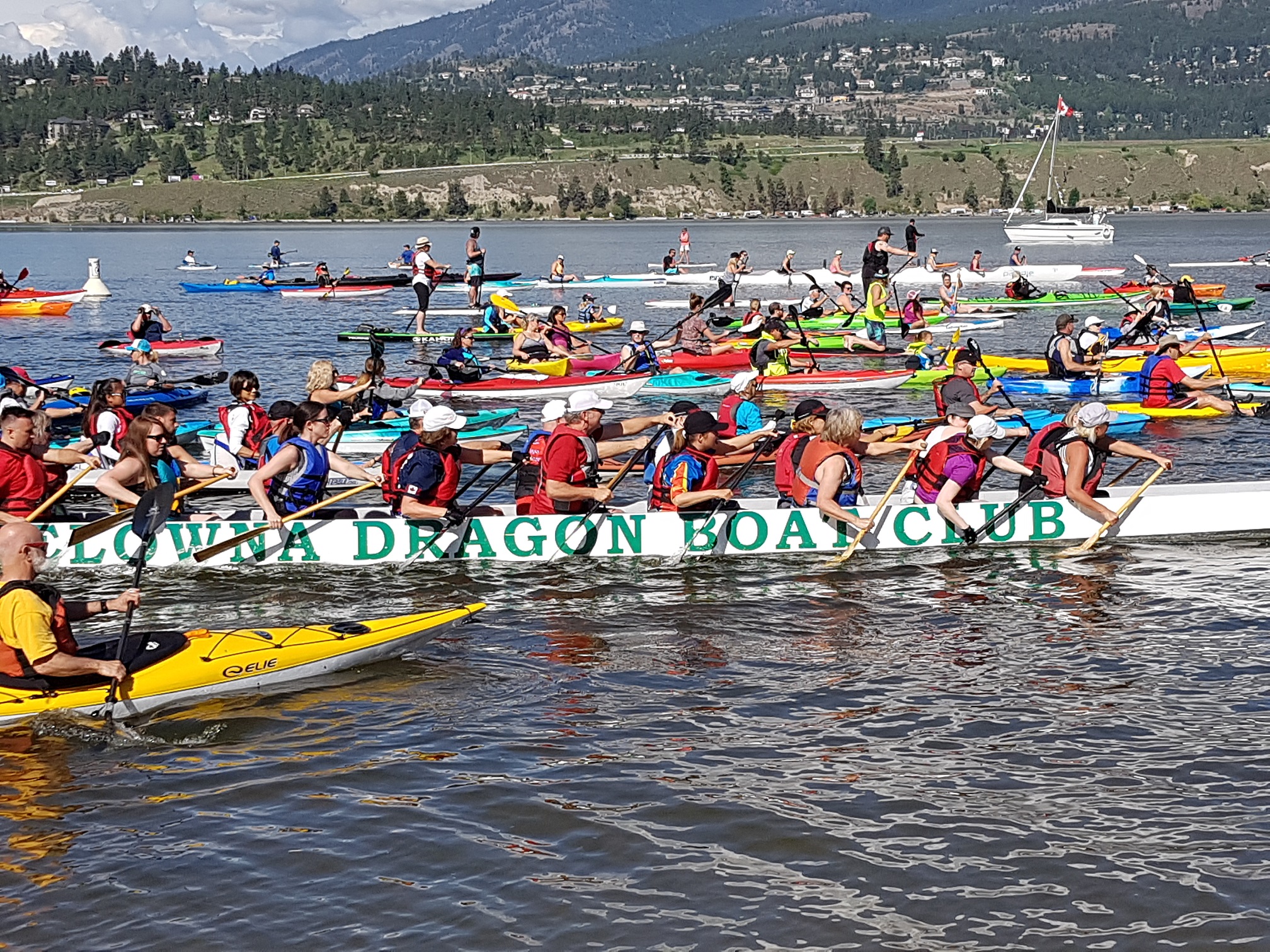 Journey Home Task Force Report on How to help the Homeless 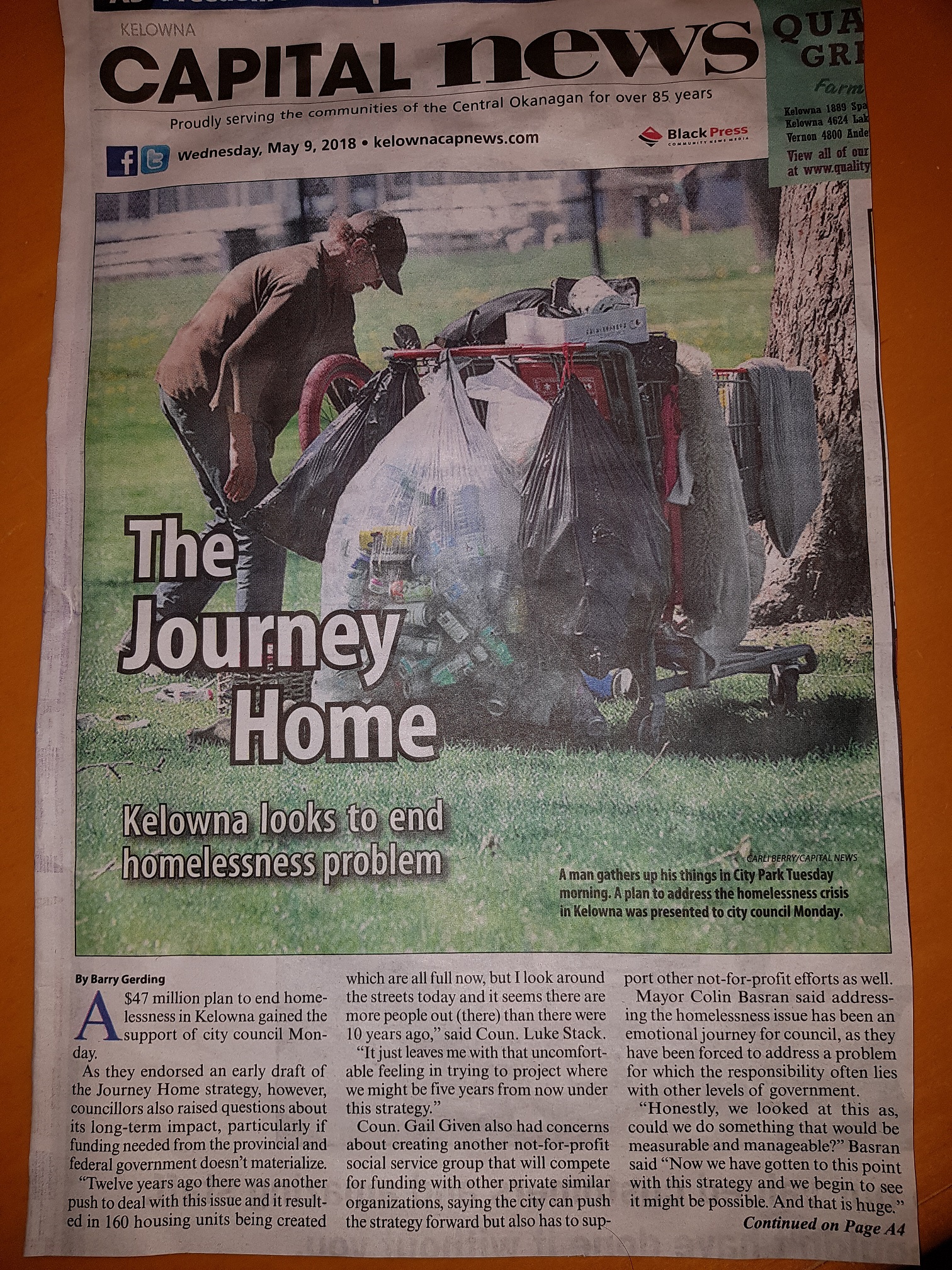 Council able to trim tax hike thanks to $2-million windfall

Council able to trim tax hike thanks to $2-million windfall

Last-minute additions to the City of Kelowna’s 2018 budget include four new bylaw officers, several financial analysts and the quickened development of a Rutland park.Council on Monday approved a final budget that sets a municipal tax increase of three per cent, down from the 3.6 per cent that was provisionally set last December. About $2 million worth of unexpected revenues provided the wriggle room, which was seized by councillors not only to lower the tax rate but also to fund several new initiatives worth about $1 million.

“I’m really happy to see where council has landed on this budget,” Mayor Colin Basran said.

Kelowna’s municipal taxes are still below the level of most B.C. communities with populations in excess of 75,000, Basran said.

The four new bylaw officers will work primarily to address social problems in the downtown area. “Not everybody who is on our streets is just down on their luck,” Basran said. “There are people doing street-level crimes who are causing problems.” Along with increased enforcement of bylaws and an enhanced policing effort, Basran said the city was committed to tackling social issues with a variety of “multi-faceted” approaches including the provision of housing. “Before we take any flak for trying to chase this problem away from one area of the community, we’re not,” Basran said.

A three per cent tax hike means the owner of a typical single-family home that increased in value by 16 per cent to $641,000 will pay $1,990 in municipal taxes this year, about $60 more than last year.Larger-than-expected revenues from FortisBC, more proceeds from municipal investments and reduced borrowing costs allowed for the tax hike to be trimmed.

“I’m happy to see it below three per cent,” Coun. Stack said, referring to the usual city practice of stretching out tax hikes to several decimal places, in this case 2.99 per cent. “I wasn’t a big fan of it being over three per cent.”

Rutland Centennial Park will get a further upgrade, of nearly $500,000, for expansion of a playground and landscaping improvements. Several financial analysts will be added to the municipal staff.

Coun. Gail Given, a member of the city’s audit committee, said the addition of the financial analysts will help ensure the city operates in the most cost-efficient way possible.

“Analysts equal savings, and it means the mistakes will be minimal, hopefully none,” said Coun. Maxine DeHart. 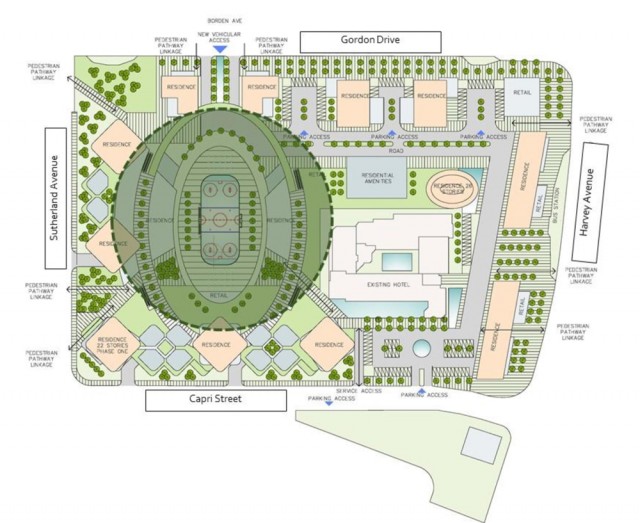 Once burned, twice shy. That's the attitude Kelowna city council seemed to take Monday in deferring acceptance of a master plan for redevelopment of the 20-acre Capri Mall site.

The plan differed slightly, which concerned some councillors still smarting after not getting what they thought they were from the Central Green site.

In an unprecedented, and unusual move, council not only deferred a decision on the master plan, but also gave approval for construction of the first of 14 residential buildings, a 22-storey tower, for the corner of Capri Street and Sutherland Avenue.

Council went back and forth on the merits of the revised master plan for the 20-acre site, a plan that was altered from one approved two-years ago.

Much of the issue surrounds use of the public park, and in particular, and NHL-size ice rink at the centre of the development.

Coun. Luke Stack said he was uncomfortable not knowing whether the rink would be controlled by the developer or the strata council.

"All the density we have supported here was because we were getting some public amenities, but I'm not comfortable at this point that it is a public amenity," said Stack.

"It sounds to me like it's a private amenity that they will let someone use from time to time."

Stack said the original plan had a more "inviting passageway" through the site. It showed how roads and bike paths went through the property and where the transit stops would be located.

"It looked more inviting to the public...now, I'm seeing more of a fortress type of mentality around what could be a private amenity."

Leo Mariotto, president of ICR Projects, the developer of the site, told council the master plan before them is just an evolution of the original. He said the intent is not to change any of the amenities promised two years ago.

He promised public access to the park and rink, saying the intent is for everyone to enjoy the rink, shop and go to a bar, if there is one.

"There's no question we can provide public access," he said.

As for timing, Mariotto said the plan is for the three towers along Capri Street to be built first, with the fourth and fifth towers along Sutherland Avenue to go next.

"The fourth tower would require the food store to relocate.

Despite assurances nothing had chanced, council wanted certainty. They also wanted answers to several questions which were not forthcoming to their satisfaction.

"I have no doubt the developer is coming to us in good faith, but the thing I have is that so many questions weren't answered, I can't, in good faith, go to the public and say I did my job," said Coun. Maxine DeHart.

"This is a huge thing for use...but I just think we need some better answers."

Mayor Colin Basran, one of three on council to vote against deferral, says he likes the new plan, but understood a majority on council want some clarity before moving forward.

"With all the drawings and all the modeling, council just wants to be sure that what's being brought forward is actually what gets built, or as close to it as possible," said Basran following the meeting.

But, we have to remember too that to build this site out is going to require a lot of time. We have to recognize there are a number of things that are going to change over time like market demand, like best practices, like trends, building materials and requirements.

"While there may be an expectation from the public that what's presented should be exactly what is going to be built, but I think what was found out today was it's merely aspirational to a degree and things will evolve over time."

The developer and staff will sit down to try and bring clarity to some of the concerns before returning to council.

Is the sky the limit?

This article appeared in the Capital News. I thought it summarized the many city centre changes I have overseen in Kelowna in recent years. 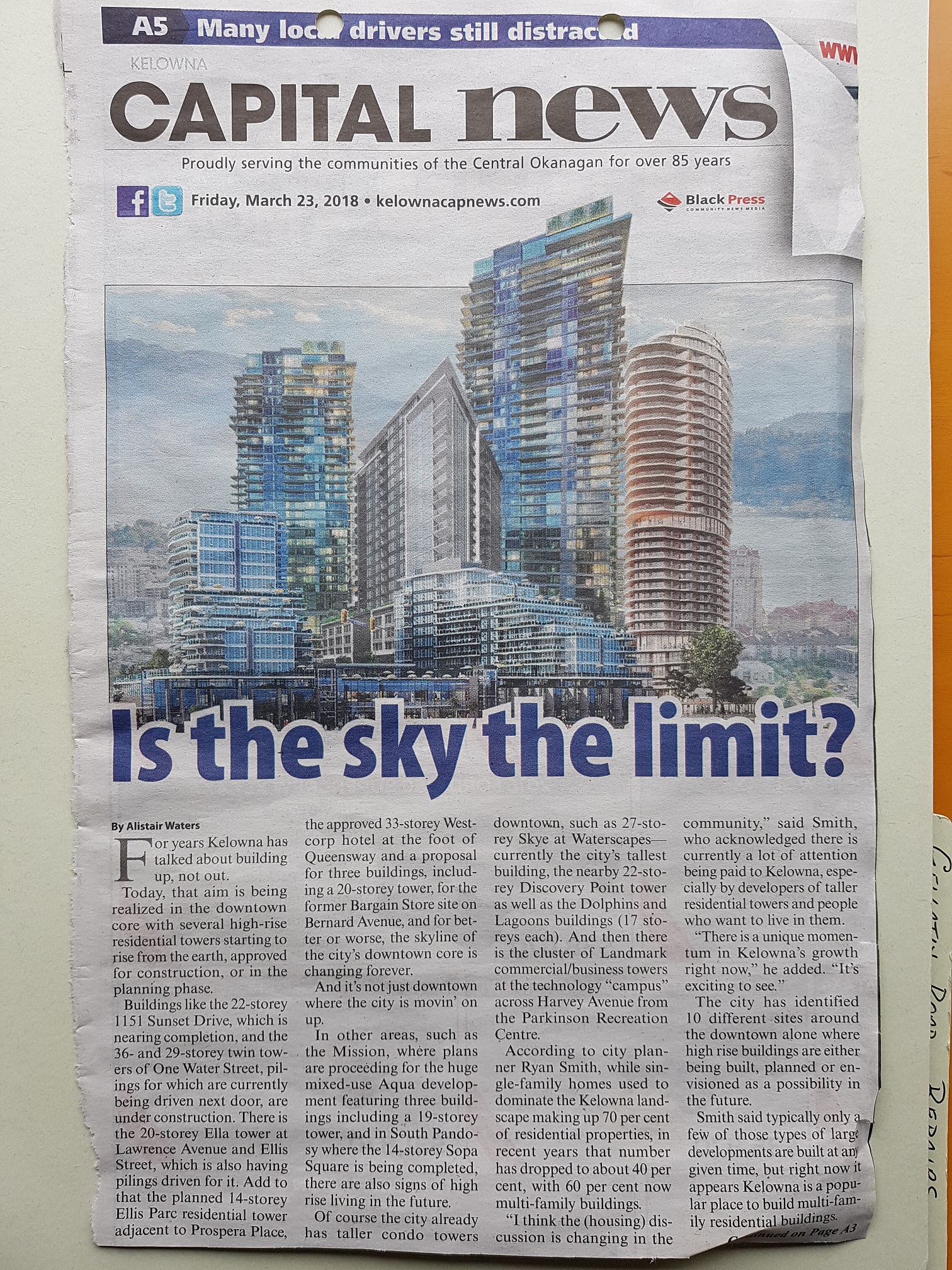 Beacon to the Future 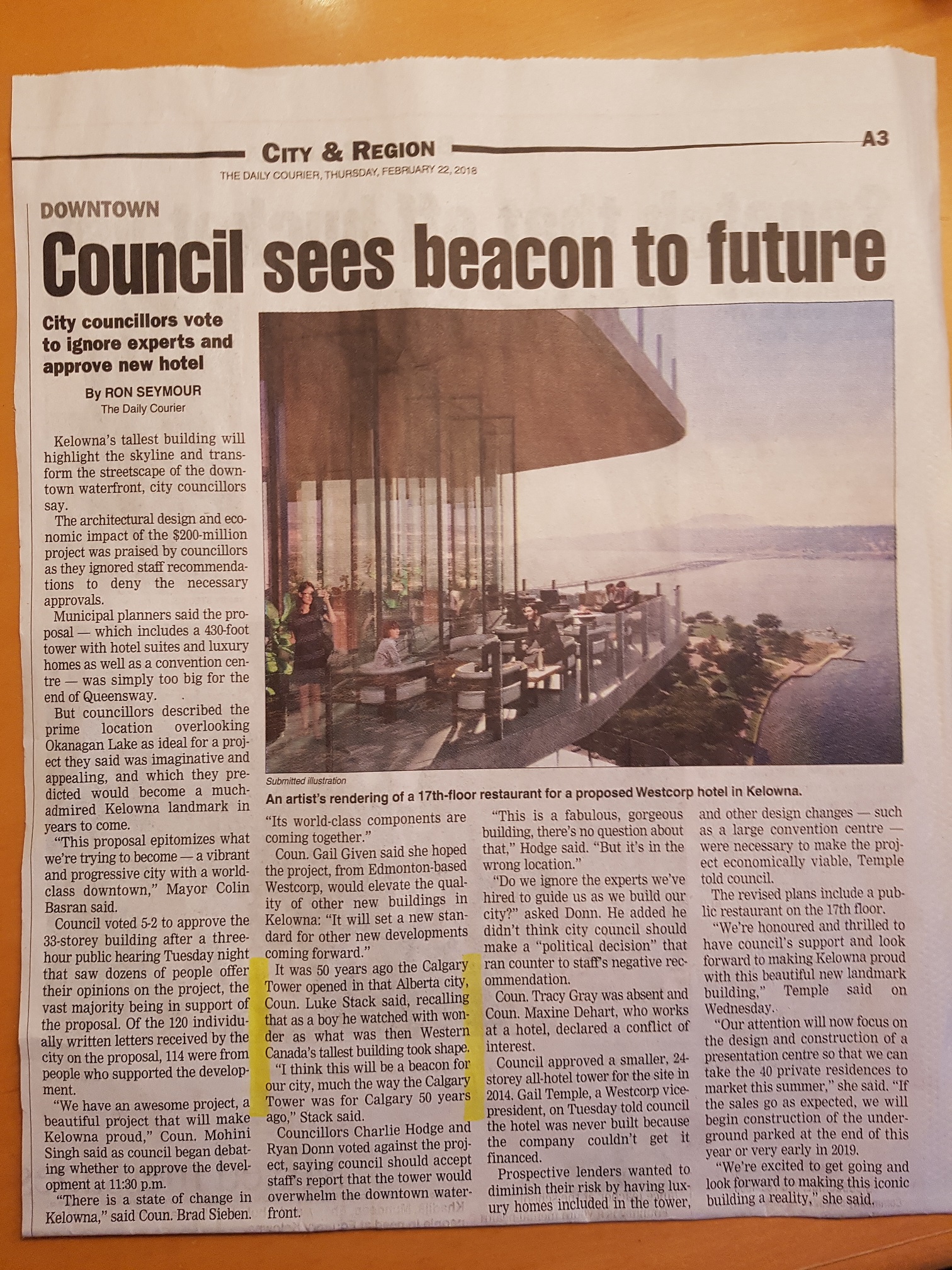